You are here: Home / Archives for kissimmee 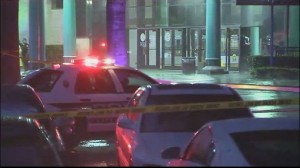 Authorities are trying to determine whether two men found dead in a crashed vehicle were somehow connected to the Kissimmee mall shooting that resulted in the wounding of two people. Kissimmee police officers responded to gunshots that were fired near the Ross Dress for Less store at the Osceola Square Mall’s around 6:15 PM. According to authorities, the injuries of the two victims weren’t … END_OF_DOCUMENT_TOKEN_TO_BE_REPLACED