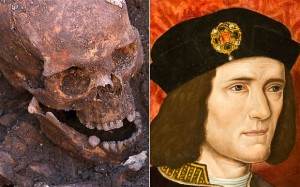 Scientists have discovered a strange aspect after they studied the DNA of King Richard III. They found out that modern relatives share a different genetic code, which suggests that King Richard III or other members of his royal family were illegitimate. It is a known fact that King Richard III had no offspring of his own, so geneticists had to trace the descendants of Edward III, King … END_OF_DOCUMENT_TOKEN_TO_BE_REPLACED