You are here: Home / Archives for khieu semphan 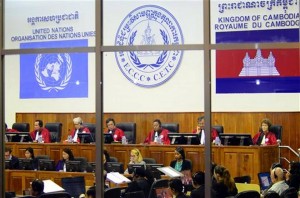 In the late 1970’s, more than 1.7 citizens died under the rule of Khmer Rouge. Thirty years after the genocide, the U.N.-backed war tribunal has finally sentenced the leaders of the former regime for their war crimes. ON Thursday, two of the leaders of this despotic regime received life sentences for the role they played during the terror in which Cambodian citizens lived during the … END_OF_DOCUMENT_TOKEN_TO_BE_REPLACED