You are here: Home / Archives for justin bieber 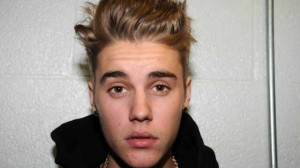 It has been revealed that pop sensation Justin Bieber will take the plea deal in Florida street racing case. The singer will plead guilty to avoid worsening charges that stem from his arrest in South Florida, following an illegal street drag race. This particular information was revealed by two persons who are directly involved in the case, but who have refused to reveal their identities, because … END_OF_DOCUMENT_TOKEN_TO_BE_REPLACED