You are here: Home / Archives for justice system 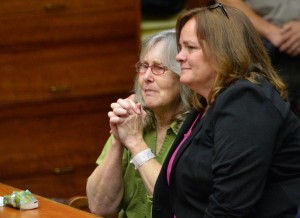 Susan Mellen, mother of three, has been proclaiming her innocence for over 17 years, however, on Friday, the Los Angeles woman was finally freed by the judge who ordered her immediate release. She had been sentenced to life in prison without the possibility of parole after the killing of a homeless man called Richard Daly, which occurred in 1997. Mellen had dated Daly. "I believe that not … END_OF_DOCUMENT_TOKEN_TO_BE_REPLACED