You are here: Home / Archives for jon stewart 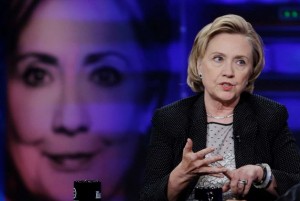 Will Hillary Clinton run for President? That’s what Jon Stewart wanted to find out from Ms. Rodham Clinton on Tuesday, when the two public figures took part in the taping of an upcoming edition of “The Daily Show”. Clinton kept quiet on the subject and didn’t so much allude to a possible candidacy for POTUS on her part. She did, however, acknowledge the fact that there’s plenty of speculation … END_OF_DOCUMENT_TOKEN_TO_BE_REPLACED