You are here: Home / Archives for Janus cats 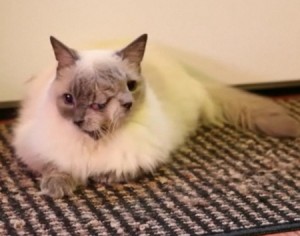 A 15-year old two-faced cat died at the age of 15 in Worcester, England. A Guinness World Record holder, “Frankie and Louie” was a two-faced cat that gained worldwide fame due to its unique look. The cat was rejected by it’s mother back in 1999 and was  brought to a veterinarian as a consequence in order to be euthanised under the assumption that animals dealing with such a condition don’t often … END_OF_DOCUMENT_TOKEN_TO_BE_REPLACED