You are here: Home / Archives for James bond 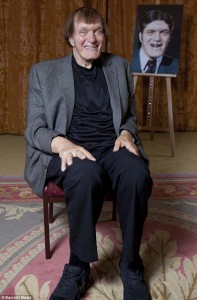 The statuesque 7ft 2in actor who played the role of steel-toothed Jaws in two James Bond movies died at the age of 74. Richard Kiel portrayed the mercenary assassin by the name of Jaws in The Spy Who loved Me (1977) and Mooraker (1979). Sir Roger Moore portrayed Agent 007 in those movies. Kiel's death was announced on Wednesday, at a hospital in Fresno, California. Richard Kiel broke his week last … END_OF_DOCUMENT_TOKEN_TO_BE_REPLACED