You are here: Home / Archives for israel attacks 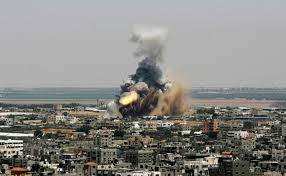 On Friday morning, around 11 a.m., a 10 year-old boy was killed in an Israeli airstrike that followed Palestinian rockets that had resumed immediately after the expiration of the 72-hour long ceasefire. His mother, Sabah Dawawsa was frying chicken livers that Ibrahim had requested for his after-prayer meal. Despite Sabah telling Ibrahim that he was not allowed to play outside, … END_OF_DOCUMENT_TOKEN_TO_BE_REPLACED 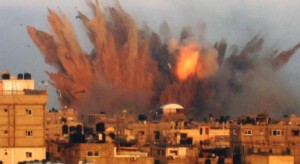 In spite of the ceasefire that had been declared, Israel forces have restarted raking southern Gaza with shelling and airstrikes on Saturday. They are searching for the soldier who was allegedly abducted by Palestinian militants the day before, in spite of Hamas suggestions that the lieutenant was already dead. After the collapse of the ceasefire that had been so difficultly crafted by … END_OF_DOCUMENT_TOKEN_TO_BE_REPLACED