You are here: Home / Archives for Islamist extremists 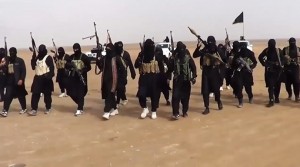 After another series of airstrikes conducted by the U.S. Military against ISIS targets, 20,000 Iraqis that had been trapped on mount Sinjar were brought to the Syrian-Iraqi border. According to the Iraqi Ministry of Human Rights, the thousands of stranded Yazidis were brought to trucks which drove them to the Syrian border after Kurdish forces broke the siege and could come to their aid. … END_OF_DOCUMENT_TOKEN_TO_BE_REPLACED