You are here: Home / Archives for Islamic State group 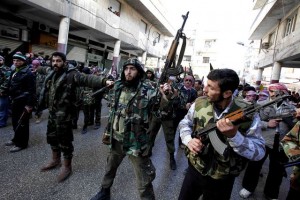 According to The United Nations, an armed group in Syria has detained 43 peacekeepers during fighting and 81 other peacekeepers are currently trapped. The Islamic State group killed more than 150 troops captured in recent fighting for a string of military bases in northeastern Syria. They both shot some and slashed others with knives in the past 24 hours. An armed group in the vicinity of Al … END_OF_DOCUMENT_TOKEN_TO_BE_REPLACED