You are here: Home / Archives for inflation rate 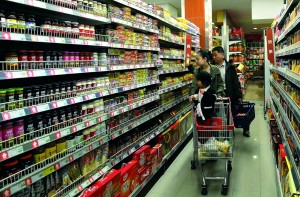 China may face some economic problems as its inflation is lower than expected. An official report released by the national statistics office says that consumer prices rose by just 2 percent in August. The number follows a trend started a couple of months ago, but this is the lowest level of inflation encountered by the Chinese economy in the last months. July’s inflation rate was found to be at … END_OF_DOCUMENT_TOKEN_TO_BE_REPLACED