You are here: Home / Archives for immigration legislature 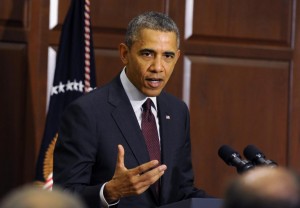 While Senate Democrats are finding more and more reasons to worry about their congressional seats, President Obama keeps losing support for the immigration action he has prepared. Under pressure from Democrats, the United States president saw himself forced to postpone his action plan to modify immigration laws until after the elections. According to White House officials, it was the Republican … END_OF_DOCUMENT_TOKEN_TO_BE_REPLACED