You are here: Home / Archives for IBM supercomputer deal 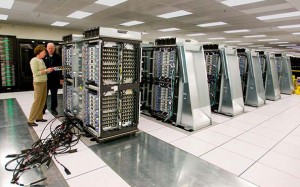 Despite its many growth issues, IBM has just landed a major deal when the US Department of Energy signed the #325 million arrangement for the supply of supercomputers. Apart from IBM, other companies such as Mellanox and Nvidia were also included in the deal meant to supply the department with supercomputers that would allow the ultra-fast analysis of data for national security, scientific … END_OF_DOCUMENT_TOKEN_TO_BE_REPLACED