You are here: Home / Archives for Homo heidelbergensis 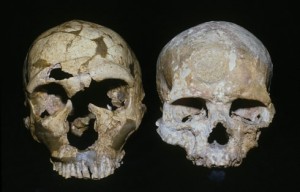 Scientists have found the oldest DNA evidence yet of humans’ biological history. But instead of neatly clarifying human evolution, the finding is adding new mysteries. In a paper in the journal Nature, scientists reported Wednesday that they had retrieved ancient human DNA from a fossil dating back about 400,000 years, shattering the previous record of 100,000 years. The most well-known late … END_OF_DOCUMENT_TOKEN_TO_BE_REPLACED