You are here: Home / Archives for Harvey hostages 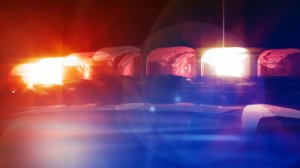 Negotiators have worked hard late into the night trying to convince two men barricaded in a home in a Chicago suburb to end conflicts with the police and release the last of the six children and the two adults they took hostage. 4 of 6 child hostages were released all in all. The suspects barricaded themselves in a house after a foiled burglary Tuesday. The two men reportedly took a woman and … END_OF_DOCUMENT_TOKEN_TO_BE_REPLACED