You are here: Home / Archives for halloween accident 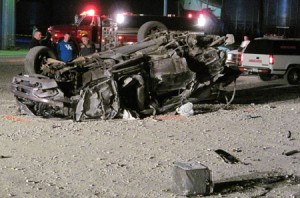 In Illinois 3 die after SUV strikes train at a railroad crossing. The three people whom are believed to be related were killed after their SUV slammed into a train at a crossing. Bruce Bower, Fayette county coroner, revealed to the press that the woman, a young boy and a small girl were part of the same family. The crash took place 70 miles from St. Louis, in Vandalia. He pronounced the three … END_OF_DOCUMENT_TOKEN_TO_BE_REPLACED