You are here: Home / Archives for groundbreaking insulin find 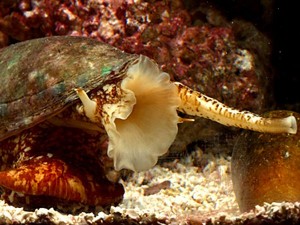 A new study revealed that cone snails attack their prey with a insulin venom, a venom that has very high doses of insulin in it. Cone snails are very slow-moving creatures and this is the main reason why they’ve developed such a complex and potent venom. The insulin venom is used by cone snails on their prey, which is fish mostly. Previous studies have shown that cone snails have a very potent … END_OF_DOCUMENT_TOKEN_TO_BE_REPLACED