You are here: Home / Archives for Golan Heights 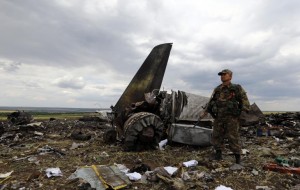 Tensions are beginning to Flare in Golan, and an Unnamed aircraft was shot down by Israel because of this. According to Israel government officials, the aircraft was shot down over the Golan Heights as the volatility on its frontier with Syria mounted. Last week, tensions grew significantly after Islamic rebels assaulted the United nations peacekeepers (who were monitoring an area between the … END_OF_DOCUMENT_TOKEN_TO_BE_REPLACED