You are here: Home / Archives for german grand prix 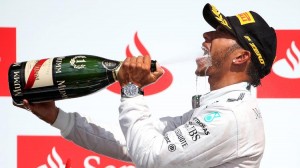 The German Grand Prix taking place in Hockenheim ended on Sunday with the victory of Nico Rosberg who didn’t just enjoy a victory in his home country, but also ensured that his lead over Lewis Hamilton, his Mercedes teammate stretched even further. Hamilton actually had a rocky start: he crashed during the qualifying round and had lots of scrapes during the race itself. After starting on the 20th … END_OF_DOCUMENT_TOKEN_TO_BE_REPLACED