You are here: Home / Archives for food production 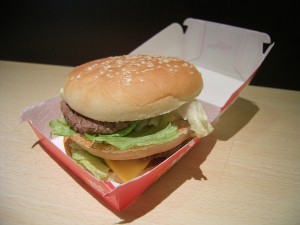 As sales dropped for a fourth consecutive month, McDonalds tries a new strategy of getting in touch with consumers. McDonalds suffered the most drastic cut in sales in the last decade. Sales are down by 1.5 percent in the US during the third quarter and now the company attempts to win back its domestic market. The fast-food giant worries that people took for granted those campaigns against its … END_OF_DOCUMENT_TOKEN_TO_BE_REPLACED