You are here: Home / Archives for Ebola outbreak in Guinea 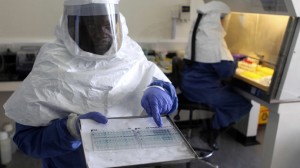 Atleast 84 people have died of the Ebola virus out of the 129 cases reported in Guinea, a governmental source said. Among the worst affected region is Gueckedou where 54 people have died of the epidemic out of the 79 cases reported so far. The capital city of Conakry has so far claimed four lives out of the 11 reported cases. Sakoba Keita, head of the disease control unit, said, “The health … END_OF_DOCUMENT_TOKEN_TO_BE_REPLACED