You are here: Home / Archives for Ebola makes thousands of orphans 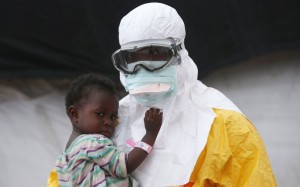 A four year old girl in Sierra Leone was moved into an orphan home after her father and sister died of Ebola. The girl’s mother is very sick and was moved to the hospital. The 4 year old girl, named Sweetie Sweetie, has seen her family torn apart by this deadly disease. Even though the little girl showed no symptoms of Ebola, nobody in her village wanted to take her because her family was … END_OF_DOCUMENT_TOKEN_TO_BE_REPLACED