You are here: Home / Archives for earthquake California 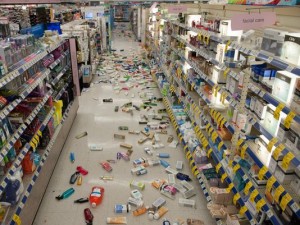 Northern California was hit by a magnitude 6.0 earthquake earlier this Sunday. The earthquake injured 89 - 3 critically - and also caused great damage to buildings. Fires sparked by burst gas lines were also reported. This is the largest earthquake to have hit the Bay Area since the Loma Prieta quake, in 1989. The previous major earthquake had a magnitude of 6.9. According to Leslie Gordon, … END_OF_DOCUMENT_TOKEN_TO_BE_REPLACED