You are here: Home / Archives for District of Columbia 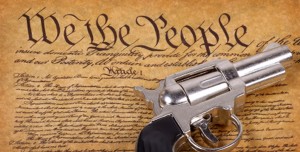 An esteemed federal judge, in the District of Columbia, declared that one of the District's gun control laws is unconstitutional. He ordered its enforcement to be stopped immediately. On Saturday, Judge Frederick J. Scullin Jr. announced his intention to order the law against carrying pistols in public to be altered. He proceeded with his plan, and later that they he ordered the city to cease its … END_OF_DOCUMENT_TOKEN_TO_BE_REPLACED