You are here: Home / Archives for death row mother 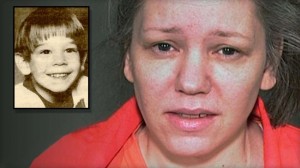 A court in the US dropped charges against death row mother. Reports claim that a court in the United States has dropped the murder charges against a woman who has spent the last 23 years on death row because she presumably orchestrated the murder of her four year old son. The now 49-year-old Debra Milke was initially convicted and charged for arranging the killing of her son in 1989 in order … END_OF_DOCUMENT_TOKEN_TO_BE_REPLACED