You are here: Home / Archives for davis 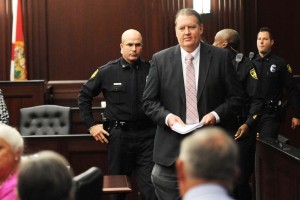 A Florida man found guilty of murder in 2012 was just sentenced to life in prison on Friday for the fatal shooting of an unarmed teenager with whom he had a dispute over loud music. The judge presiding over the case, Russell Healey, added 90 years to Michael Dunn’s sentence for other charges, including the attempted murder of three other teenagers as well as firing a weapon into a … END_OF_DOCUMENT_TOKEN_TO_BE_REPLACED