You are here: Home / Archives for dangers 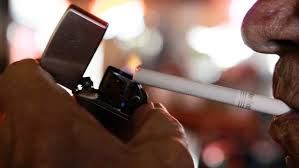 An advisory panel of the American Food and Drug Administration has voted against an effort made by Pfizer Inc. to remove boxed warnings of neuropsychiatric side-effects on the label for Chantix, a smoking-cessation drug produced by the company. Out of the assembled committee members, 11 voted in favor of maintaining the existing warnings, six suggested modifications and one voted in favor of … END_OF_DOCUMENT_TOKEN_TO_BE_REPLACED