You are here: Home / Archives for cycling 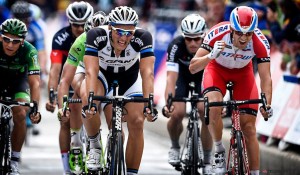 After Tony Galliopin’s win of the hill-filled eleventh stage of the Tour de France, fans watched at the edge of their seats as the following stage unraveled. The twelfth stage has also come to an end and Alexander Kristoff has emerged as the victor while Vicenzo Nibali still kept the yellow jersey on (this yellow jersey is worn by the overall leader of the race). At the start were also French … END_OF_DOCUMENT_TOKEN_TO_BE_REPLACED