You are here: Home / Archives for curfew in Ferguson 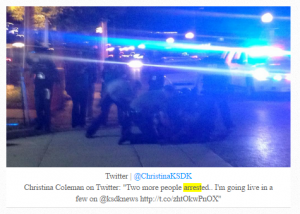 A Ferguson police officer was shot in the arm on Saturday night by an unidentified assailant. The shooting happened while the male officer was doing his routine check of the Community center. Tim Zoll, from the Ferguson police, declared that the officer was transported to the Barnes Jewish hospital. He is injured, but not in mortal danger. On Sunday, he was released from the hospital and sent … END_OF_DOCUMENT_TOKEN_TO_BE_REPLACED 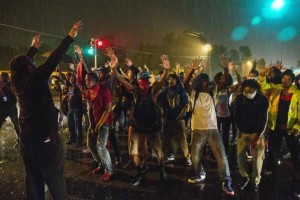 Violence erupted on the streets of Ferguson, Missouri, after the tragic death of an African-American teenager (Mr. Brown was shot by Darren Wilson, a Ferguson officer). Police officers decided to impose a curfew (which takes effect at 0100 ET) in order to quell the series of aggressive demonstrations and street violence. Governor Jay Nixon of Missouri was the one to impose the new curfew on … END_OF_DOCUMENT_TOKEN_TO_BE_REPLACED