You are here: Home / Archives for controversy 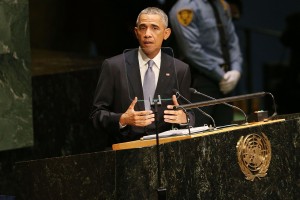 During a speech at the U.N. on Wednesday, president Obama vowed to continue fighting the terrorist group ISIS. He involved the United States and its people in what many could call a newly started war that might drain resources which could be better used in the country instead of outside of it. The U.S. President charted a muscular course of the United States, suggesting that the U.S. military … END_OF_DOCUMENT_TOKEN_TO_BE_REPLACED