You are here: Home / Archives for confinement 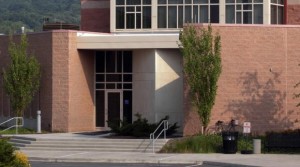 State officials are dealing with a difficult situation at the moment, after a troubled transgender who had been imprisoned in Connecticut managed to escape confinement. When she was first confined back in April, her advocates severely criticized the authorities’ actions especially since the teenager hadn’t received any criminal charges. The Department of Children and Families had asked the … END_OF_DOCUMENT_TOKEN_TO_BE_REPLACED