You are here: Home / Archives for comedian funeral 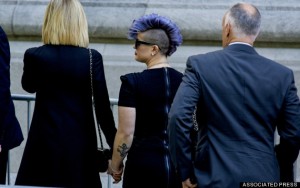 The world of comedy lost another star this year. Joan Rivers, one of the pioneers of stand-up comedy has passed away on September 4 due to throat surgery complications. Even in death, Joan Rivers had her way: she received a send-off befitting a superstar. On Sunday morning, a legion of celebrities, family members and friends accompanied Joan Rivers, 81, on her last journey. Some of the notable … END_OF_DOCUMENT_TOKEN_TO_BE_REPLACED