You are here: Home / Archives for coffee cup salute 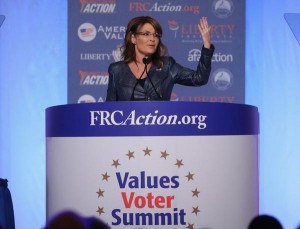 President Obama was harshly criticized by many after his coffee-cup salute gaffe, when he stepped off a Marine One in NYC and failed to properly salute waiting Marines (the president held onto the cup as he saluted). So when Sarah Palin first had a chance to take a jab at the president, she simply told the audience that she was saluting the commander-in-chief while sarcastically waving a coffee … END_OF_DOCUMENT_TOKEN_TO_BE_REPLACED