You are here: Home / Archives for cia torture scandal 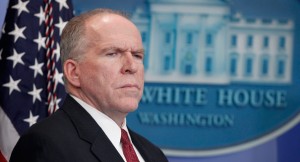 Governments are facing inquiries into the torture allegations brought against Britain’s Intelligence involvement in the matter. Terror suspects were apparently brutally interrogated by CIA agents but , in the meantime, many are wondering: did 9/11 cause America to lose its soul? Theresa May, British Home Secretary is about to come under the spotlight as she will be answering questions regarding … END_OF_DOCUMENT_TOKEN_TO_BE_REPLACED