You are here: Home / Archives for cia senate 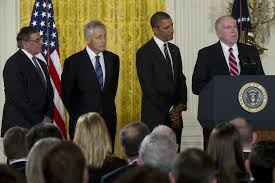 A controversial investigation began right after the CIA released a report on Thursday that gravely contradicted John Brennan’s public statements. It seems that the CIA illegally hacked several computers of the Senate and when the CIA declared that they were in possession of a document from one of those computers, John Brennan, CIA Director, came under serious scrutiny. Involving the case where … END_OF_DOCUMENT_TOKEN_TO_BE_REPLACED