You are here: Home / Archives for Chromecast 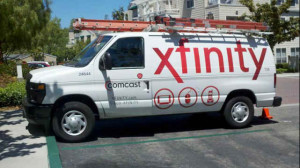 Comcast said earlier this week that it would incorporate the tremendously popular online video streaming service Netflix into its Xfinity X1 platforms. Both companies have confirmed that they reached an agreement on providing Comcast users with their “great content.” Still, the companies declined to unveil an official release date. They only said that the service would be rolled out “later this … END_OF_DOCUMENT_TOKEN_TO_BE_REPLACED