You are here: Home / Archives for Chile 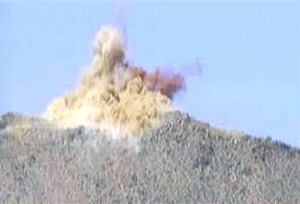 Cerro Armazones, a mountain in Chile exploded as the peak of its structure was torn asunder by massive forces. But this destruction was man-made and done in the name of science. The blast was part of a groundbreaking construction of the world's largest telescope and was streamed live for viewers to watch online. Although many viewers hoped for a more dramatic show, the live stream showed just a … END_OF_DOCUMENT_TOKEN_TO_BE_REPLACED