You are here: Home / Archives for child neglect 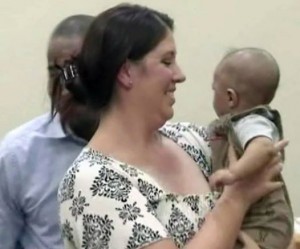 A Florida vegan mother accused of neglect after feeding her son soy baby formula was given back custody of the boy on Wednesday. The judge presiding over the case dismissed the claims that the Florida woman was an unfit mother after she met with a nutritionist, as the court mandated. Sarah Markham’s boy, Caleb, was taken away from her when, at 12 days, he began losing weight and his mother … END_OF_DOCUMENT_TOKEN_TO_BE_REPLACED