You are here: Home / Archives for Chicago shootings 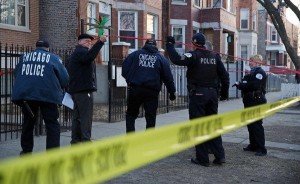 Remember the 11-year old girl who got shot a few days ago during a slumber party? She was not the only one. This weekend was a very violent one for Chicago. Official reports (including the NBC affiliate in Chicago) say that at least 40 people were shot, and four lives were claimed in a weekend filled with aggressiveness. Even after the death of Shamiya Adams was made public, The Chicago Police … END_OF_DOCUMENT_TOKEN_TO_BE_REPLACED