You are here: Home / Archives for Chicago archbishop 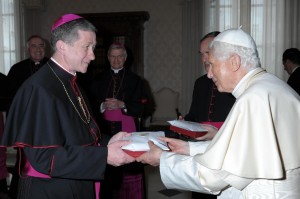 Since Pope Francis was appointed the new Pope, the Catholic world has seen a massive change in Vatican politics. In one and a half years, the Argentinian Pope signaled a turn from the conservative political discourse of Pope Benedict XVI to a more socially progressive stance. Francis’s message was that the Catholic Church must focus on the social and economic inequalities. In such a short time, … END_OF_DOCUMENT_TOKEN_TO_BE_REPLACED