You are here: Home / Archives for Cessna Centurion aircraft 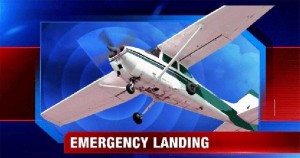 A Cessna Centurion aircraft made an emergency landing near Salt Lake International Airport Wednesday afternoon. The pilot was alone and didn’t suffer any injury. The plane came down three miles northeast of the airport reportedly because of lack of fuel, according to airport officials. Airport spokeswoman Barbara Gann said the Cessna Centurion crashed in the area of 2100 North and 1700 West, … END_OF_DOCUMENT_TOKEN_TO_BE_REPLACED