You are here: Home / Archives for Central California coast 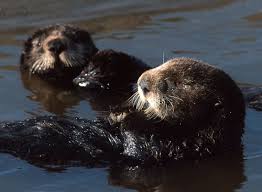 As a reward for an undergoing investigation along the Central California coast in connection with the shooting deaths of three threatened southern sea otters, $21,000 is being offered to those who help to found out the culprit. On Sept. 3, 2013, one male sea otter was found dead at Asilomar State Beach in Monterey County. In the same area, two days later other two males were found dead. Two … END_OF_DOCUMENT_TOKEN_TO_BE_REPLACED