You are here: Home / Archives for ceasefire in Gaza 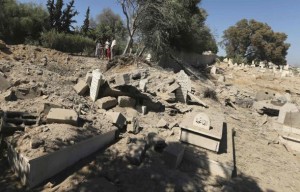 Israel and Palestinian parties have promised several truces that they did not respect. On Sunday, they agreed to an Egyptian proposal for a new 72-hour ceasefire in the Gaza area. It should start at 17.00 ET, according to officials. An Israeli government official stated that Israel has agreed to Egypt’s proposal. He also added that Israeli negotiators will be returning to Cairo on Monday to … END_OF_DOCUMENT_TOKEN_TO_BE_REPLACED