You are here: Home / Archives for Carousel by Dropbox 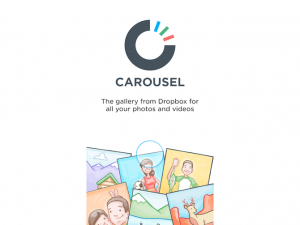 Carousel, the Dropbox app that backs up your photos and displays them in a ‘carousel’, automatically, is now available for Apple tablets and the Web. Earlier this year, Dropbox announced a new app for both IOS and Android, designed for people who have a large amount of photos on their smartphones and are looking for a way to better organize them. The App was used as a gallery of all the photos … END_OF_DOCUMENT_TOKEN_TO_BE_REPLACED