You are here: Home / Archives for cardboard sdk 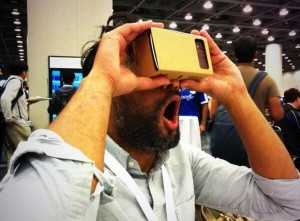 Google’s VR set seemed like a joke the moment it launched but now it looks like Google Cardboard is evolving. While the Oculus Rift is still in development and Samsung has its own virtual reality headset, Google has made it possible to experience VR cheap and simple. Google Cardboard, which was first announced at the Google I/O this year, requires only a set made out of cardboard and a … END_OF_DOCUMENT_TOKEN_TO_BE_REPLACED