You are here: Home / Archives for burial team 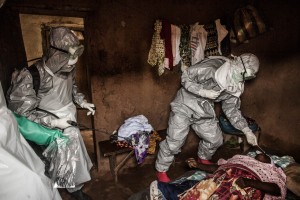 Sierra Leone is now experiencing a new crisis as burial teams have gone on strike after not receiving their hazard pay this week. Workers left the bodies of Ebola victims on the streets. The strike was first reported on Wednesday, by the Sierra Leone Broadcasting Corporation. A spokesman from the Health Ministry told reporters that the situation was “very embarrassing” and assured his audience … END_OF_DOCUMENT_TOKEN_TO_BE_REPLACED 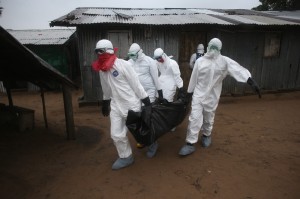 While trying to bury the bodies of the five Ebola victims in Sierra Leone, health workers found themselves under attack east of the capital. According to Sgt. Edward Momoh Brima Lahai, the confrontation on Saturday began when a group of youths attacked the burial team in the Waterloo district. The attack on the health workers came only days after eight members of a delegation aimed at educating … END_OF_DOCUMENT_TOKEN_TO_BE_REPLACED