You are here: Home / Archives for Bullying kids 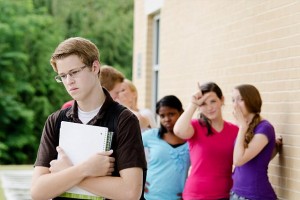 A new study has made some glaring exposures about bullying among children. It says, children who are bullied are more than twice as likely to have suicidal thoughts and to make attempts of taking lives as their peer who aren't bullied. The situation is more worrisome as researchers point that such types of bullying or harassment that happens on internet, commonly called cyberbullying, are more … END_OF_DOCUMENT_TOKEN_TO_BE_REPLACED