You are here: Home / Archives for bomb hoax 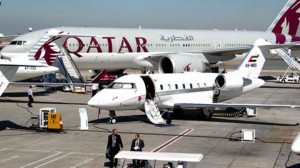 The 47 year old suspected of being responsible for the bomb hoax that occurred on the Qatar Airways Flight 23 underwent a mental health assessment. Flight 23 had to land with a military fighter escort (a RAF Typhoon Jet) in Manchester after a passenger was arrested under the suspicion of making a hoax bomb threat. A Manchester police spokesman declared that the man would undergo both a medical … END_OF_DOCUMENT_TOKEN_TO_BE_REPLACED