You are here: Home / Archives for blasio 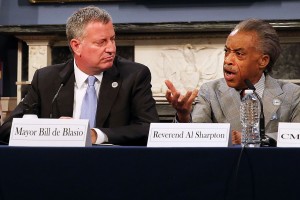 The relationship between police and the New York City Mayor, Bill de Blasio has always been tense, however, recent accusations concerning the chokehold death of an unarmed suspect have brought things on the brink of collapse. The mayor has always taken it upon himself to directly explain the situation, however, in so doing, he has often smeared the NYPD. Take the incident where just an hour … END_OF_DOCUMENT_TOKEN_TO_BE_REPLACED